In 1986 the United States Supreme Court issued its decision in Meritor Savings Bank, FSB v. Vinson – its first significant venture into the world of workplace sexual harassment claims. While the decision was critically important in confirming that hostile workplace sexual harassment is unlawful,[1] it also unfortunately made it extremely difficult for workers to hold their harassers accountable for such conduct by imposing upon them a difficult (and often insurmountable) evidentiary burden. Specifically, the Court held that in order for sexual harassment to be actionable, “it must be sufficiently severe or pervasive ‘to alter the conditions of the [victim’s] employment and create an abusive working environment.’”[2]

In the 30-plus years that have passed since Vinson was decided, application of the “severe or pervasive” standard has generated criticism from lower courts, employment lawyers, and legal commentators because its application has resulted in many cases being dismissed for failure to clear the unreasonably high bar it has set. Some particularly egregious examples of this include:

Recently, the Minnesota legislature began taking steps to eliminate the “severe or pervasive” standard, and to protect employees in their places of work. In February 2019 a Minnesota House of Representatives committee approved a bill (H.F. 10),[4] which would change the definition of sexual harassment under the law by including statutory language specifically stating that “an intimidating, hostile, or offensive environment . . . does not require the harassing conduct or communication to be severe or pervasive” in order to constitute sexual harassment. The Senate’s companion bill (S.F. 1307)[5] includes identical language and has been submitted to the Judiciary and Public Safety Finance and Policy Committee for consideration.

Despite bi-partisan support for this legislation, a competing bill (S.F. 2295)[6] was introduced on March 11, 2019 by a small group of state senators led by Karin Housley (R). Unlike H.F. 10 and S.F. 1307, this bill would hurt Minnesota workers by retaining the “severe or pervasive” standard and writing it into Minnesota’s statutory code.[7] This bill goes further by proposing to limit the circumstances under which employers can be held liable for sexual harassment committed by their employees, making it even more difficult for those who have been subjected to unwanted workplace sexual harassment to hold their harassers accountable.

Halunen Law is committed to defending workers’ rights and fighting illegal workplace activity. We are disappointed to see proposed legislation that fails to protect workers who have experienced sexual harassment, and that potentially makes it easier for their harassers to avoid accountability. We encourage you to contact your representatives to vocalize your support for H.F. 10 / S.F. 1307, and its elimination of the anachronistic and inequitable “severe or pervasive” standard.

Read a recent Minnesota House of Representatives update on this legislation 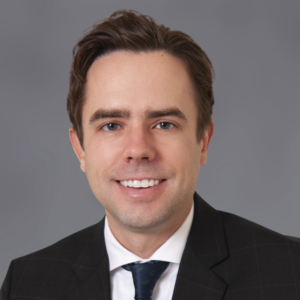 As an employment attorney at Halunen Law, Ross Stadheim has garnered more than $26 million in settlements and verdicts for his clients during his time at Halunen Law, representing employees who have experienced discrimination, retaliation or wrongful termination, or other illegal activities in the workplace. He is part of an elite group of just 2.5% of Minnesota attorneys who are under the age of 40, or have practiced law less than ten years, to be selected to the Super Lawyers list as a “Rising Star” for 2014 through 2018. Learn more about Ross Stadheim.

[1] In Vinson, the Supreme Court held that in addition to explicitly (or implicitly) conditioning employment benefits on sexual favors (sometimes referred to as “quid pro quo” sexual harassment), an employee may establish a violation of the law “by proving that discrimination based on sex has created a hostile or abusive work environment.” Vinson, 477 U.S. 57, 66 (1986)

[7] Under the proposed bill, the statute would state that in order to be actionable sexual harassment must be “sufficiently severe or pervasive to alter the terms or conditions of an individual’s employment . . . and create an abusive environment.”