Varela Class Action Against Lamps Plus

In Varela, a hacker invaded Lamp Plus’s computer system and obtained personal information its Lamp Plus employees, which was then used to file fraudulent federal income tax returns.  The employees, including Varela, had signed an agreement at the inception of their employment to arbitrate any disputes relating thereto.  Thus, when Varela filed a class action against Lamps Plus, it responded by filing a motion to compel arbitration.

The District Court ordered the matter to arbitration as a class. The Ninth Circuit affirmed, holding that when analyzing a provision in an adhesion contract (as here), the ambiguity must be interpreted against the drafter – in this case, Lamps Plus.  The Supreme Court disagreed.  It concluded that because the arbitration agreement didn’t specifically state “class” before “arbitration”, it could not have been contemplated that arbitration would be anything other than on an individual basis.  The Court reiterated that under the Federal Arbitration Act, arbitration is favored and every effort should be used to enforce arbitration agreements as written. To further rationalize its convenient interpretation of the arb clause, the Court stated:

In individual arbitration, “parties” forgo the procedural rigor and appellate review of the courts in order to realize the benefits of private dispute resolution: lower costs, greater efficiency and speed, and the ability to choose expert adjudicators to resolve specialized disputes.

This rationale is, unfortunately, intellectually dishonest.  Forced arbitration is nothing more than a “get out of jail free” card for corporations. It was created by corporate interests to protect corporate interests.  It’s a major fraud upon the American public- a fraud that most people aren’t even aware of is imposed on them when they purchase a good or service or obtain a new job.  Corporations attach arbitration clauses and class action waivers to any good or service they possibly can for several reasons:

1. Absent forced arbitration, employees, and consumers are entitled to the “rigorous” procedural mechanism provided by civil courts. Court proceedings are governed by rules that must be followed to assure a proceeding is fair and transparent.  A judge or an appellate court may intervene if the rules are not followed.  Rules relating to arbitration exist to some extent, but are more aspirational than mandatory.  Arbitrators are given free rein to interpret and apply the rules.  There is no ability for an employee or consumer to challenge an arbitrator’s application of those rules, so they may be applied in a discriminatory manner.

2. Appellate review is also a crucial procedural safeguard afforded to litigants in court, as it allows errors of law or fact to be corrected. An arbitration decision is binding, even if an error is made.

3. Arbitrators are typically not experts in a particular area of the law and more often than not come from the ranks of lawyers that represented or have represented corporations in their law practice. In contrast, in a court proceeding employees and consumers are entitled to an impartial jury of their peers.  This is a crucial difference between arbitration and trial.  On its face, arbitration is unfair just given the fact that the decision maker is more likely than not going to have a predisposition to identify with a corporate litigant over an employee or consumer.

4. Arbitration decisions are secret and cannot be used as a precedent to further a party’s legal arguments or factual conclusions. As an example, if ABC Corp. had been sued ten times for sexual harassment and found to have violated the law in each case, these very important findings could not be used to help prove other cases where similar conduct by the same employer is alleged.  This denies employees the basic right to corroborative evidence thus adversely impacting their ability to prove their case.

5. Arbitration does not have a lower cost, if not faster, and is not more efficient than cases heard by a court. Although the Supreme Court relied on these attributes to support the proposition that arbitration is fair, it is simply not true.  All the costs associated with the arbitration (except the arbitrator’s fee but judges have no fees except upon filing) are the same as litigation.

Depositions, experts, travel, and discovery are needed whether the case is arbitrated or litigated.  There is nothing more efficient or faster about arbitration compared to a court proceeding.  It generally takes the same amount of time to litigate a case in either forum.  Litigation is litigation- there are no shortcuts.  Any competent lawyer will spend exactly the same amount of time developing and litigating a case as is necessary for a successful outcome.

6. Individual arbitrations of any complex case- such as a product defect action- are not economically feasible and the Supreme Court and corporations know this. People cannot afford to arbitrate complex cases individually because the costs are often so great. This makes it impossible for an average person to challenge corporate misconduct so their injuries go uncompensated – the ultimate “get out of jail free” card that keeps on giving.

In the final analysis, arbitration clauses and class action waivers are bad for employees and consumers but a boon for corporations.  The process cheats consumers and employees of their ability to obtain justice.  The Legislature needs to change the law. It’s a stacked deck and it’s time for the deck to be reshuffled.

Read a recent article in the New York Times about this ruling. 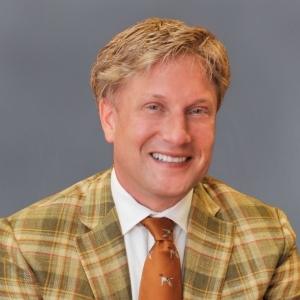 Clayton Halunen is the founder of Halunen Law, representing employees, consumers, and whistleblowers in individual, and qui tam, and class actions. Halunen has gained national recognition for his class action work, including leadership positions in a number of prominent nationwide cases. He has litigated class actions in such areas as employee misclassification, defective products, product mislabeling, and consumer fraud. Learn more about Clayton Halunen.