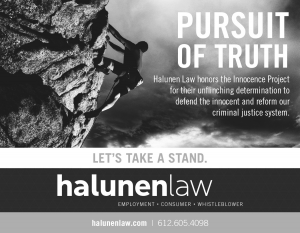 Halunen Law attorneys, staff, and friends joined hundreds of others for “The Benefit of Innocence,” in downtown Minneapolis on November 16. Guests gathered to recognize and support the work of the Innocence Project of Minnesota (IPMN), and enjoy a meal along with some good-natured competition over a host of silent auction items. The evening’s featured keynote speaker Reade Seligmann was one of the three falsely accused players exonerated in the Duke Lacrosse case in 2007. He has since worked alongside the Innocence Project to advocate for eyewitness identification and compensation reform for exonerated persons. The program also included powerful video testimonies from two of five men IPMN has worked to secure release from prison for crimes they did not commit. These five men spent a combined 27 years behind bars due to wrongful conviction.

“The Innocence Project of Minnesota does incredibly important work,” said Halunen Law partner and employment practice chair Kaarin Nelson Schaffer. “Their tireless effort to fight for those wrongfully convicted and to make meaningful changes to the criminal justice system is continually inspiring. We were honored to support their annual benefit and their ongoing work.” 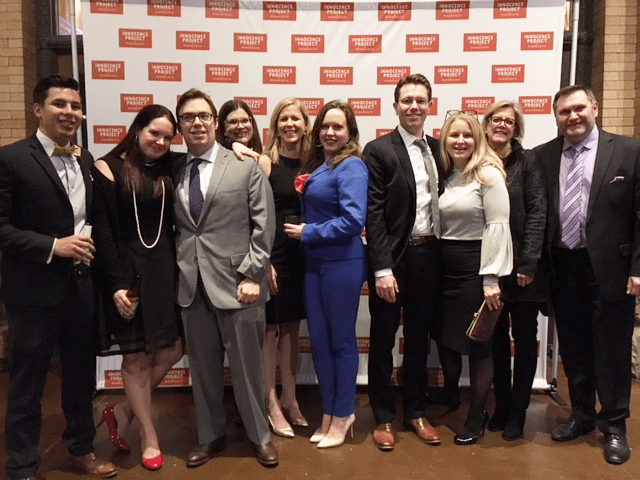