Looking for legal information and resources? If so, click to check out Halunen Law’s Whistleblowers blog for articles related to whistleblowing and qui tam. 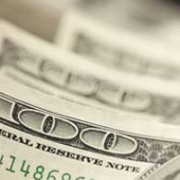 According to the Federal Trade Commission, the number of consumer fraud complaints reported in 2012 was substantially higher than the previous year. In fact, the agency has observed yearly increases since 2006.

The federal government database, called the Consumer Sentinel Network, tracks reports of identity theft, abusive debt-collection practices, financial scams, and other potentially unlawful behavior. Of the 2.1 million complaints entered into the database in 2012, 25,000 were made by Minnesotans, who may have lost as much as $15.7 million to fraud.

END_OF_DOCUMENT_TOKEN_TO_BE_REPLACED

One of the former assistant coaches at Penn State who was widely recognized as the main whistleblower in the child abuse case is now pursuing a defamation claim and a whistleblower claim against the school. He was put on administrative leave after the coach accused of child abuse was arrested, and he says that the actions of the university after that point defamed his character and interfered with his ability to continue making a living as a football coach.

The school recently asked that the case be put on hold pending a hearing on the issue by a local judge.

END_OF_DOCUMENT_TOKEN_TO_BE_REPLACED

A former employee of Swiss bank UBS AG went to jail after his involvement in a scheme to hide a wealthy client’s money from the Internal Revenue Service. Now, he is the recipient of one of the largest ever whistleblower awards after helping the United States government uncover a tax evasion scheme at the bank valued at around $5 billion.

The investigation of his former employer led to fines for the bank of about $780 million as well as an agreement for the bank to provide names of clients that utilized the tax evasion process. The man’s attorney told reporters that the large award sends a positive message to other potential whistleblowers at financial institutions and multinational corporations that the government will treat them well if the information is truly valuable in uncovering wrongdoing.

END_OF_DOCUMENT_TOKEN_TO_BE_REPLACED

It is important that employees are able to report improper or dangerous conditions that they observe in their workplaces. When someone is aware that fraudulent or dangerous practices could negatively impact the public, they are often uniquely positioned to report the problem. Unfortunately, an employee who is aware of a violation of the law may be afraid that if they report it, they could face retaliation and be terminated or face other negative employment actions.

This is the claim made by two employees of a for-profit Minnesota college. They both claim that because they had been open about what they viewed as serious problems with the admissions and accreditation process, they were subjected to negative employment actions. Both employees brought their claims under the Minnesota Whistleblower Act.

END_OF_DOCUMENT_TOKEN_TO_BE_REPLACED

I think we’d all like to think that if we were put into a situation where we knew that something was wrong, that we’d speak up, but that’s not always the case, especially in a workplace environment. Many people would be afraid that if they did speak up, it could cost them their jobs. Recently, LifeWatch Services Inc. has agreed to pay $18.5 million to settle charges that it submitted false claims to federal health care programs. All of this came to light because two former sales representatives chose to speak up and report the abuse.

The sales representatives filed the whistle-blower suits in December 2009 and May 2011 under the provisions of the False Claims Act. With this filing the two will receive approximately $3.4 million plus interest as their share of the settlement proceeds.

END_OF_DOCUMENT_TOKEN_TO_BE_REPLACED

Both Minnesota and federal law protect employees who report illegal activities taking place in their workplace. Under these laws, it is generally illegal for an employer to retaliate against whistleblowers by firing or demoting them, among other actions.

Recently, a federal judge ordered the Mayo Clinic in Rochester, Minnesota, to reinstate an employee who had reportedly complained about the poor maintenance of the clinic’s vehicles.