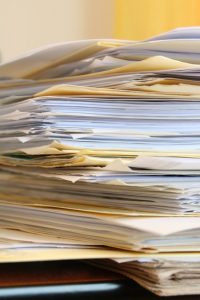 It is unusual for any plaintiff or relator to achieve a summary judgment ruling in its favor in any type of case. But in U.S. v. Dynamic Visions Inc., DBA Dynamic Visions Home Health Services, et al., — F.3d —, 2020 WL 4914069 (D.C. Cir. Aug. 21, 2020), the D.C. Circuit affirmed such a ruling in a False Claims Act (FCA) case, alleging that a home health care company submitted false claims for reimbursement to the D.C. Medicaid program. The Circuit’s opinion shows how a relator can succeed on summary judgment and provides other useful discussions on evidence, civil contempt, piercing the corporate veil, and the proper calculation of damages in a Medicaid FCA case.

The defendant, Dynamic Visions, utterly failed a routine government audit of its operations. A review of 25 randomly selected patient files revealed a lack of the required “Plan of Care” (POC) for patients. The files either contained no POC or had deficient POCs (e.g. lacked a physician signature, contained untimely or forged signatures, or authorized fewer hours of care than claimed in bills to Medicaid). Id. at *1. The federal government executed a search warrant at the business and the residence of the owner and company president, Isaiah Bongam. The ensuing investigation revealed Bongam’s funneling of money from the company into private accounts (including offshore in Cameroon). Id. at *2.

The government brought an action against Dynamic Visions and Bongam alleging FCA violations, and its complaint listed false billings for 25 patients that were not authorized by a valid POC. The defendants failed to cooperate in discovery, particularly in providing evidence that the patients had valid POCs, and claimed that the government had seized their documents, even though they had been given a disc containing searchable PDFs of all relevant documents. Id. at *2.

The D.C. Circuit affirmed, except it vacated a small subset of claims involving POCs that the government claimed were forged, and for which it found questions of fact remained. Id. at *3. Most useful in the opinion is the panel’s discussion of the sufficiency of the evidence showing—“beyond genuine dispute”—the knowing submission of false claims.

The government provided evidence showing how each file lacked the proper authorization. In response, the defendants offered only conclusory allegations that the files were adequately documented and generally referenced how they followed policies and procedures. The Circuit found that the defendants provided nothing on which a jury could decide in their favor; they did not even provide the claimed policy and procedure manual they referenced in their conclusory defenses. Focusing on the available “reckless disregard” standard for falsity, the opinion affirms the district court’s conclusion that  “‘even a cursory review’ of the files would have revealed the ‘rampant’ false claims,” thereby justifying summary judgment at least on reckless disregard grounds. See 31 U.S.C. § 3729(b)(1)(A)(iii). Id. at *4-5. Rejecting the defendants’ arguments that scienter could not be pieced together, the Court stated there was no need to aggregate individual knowledge because “any single person who looked at the patient files should have known that the company sought reimbursements unsupported by adequate POCs.” Id. at *5.

Civil Contempt: Citing a two-year history of discovery non-compliance, the Court affirmed the imposition of a contempt finding against defendants, precluding them from presenting evidence in their summary judgment opposition that they did not already produce in discovery. Id. at *6.

Piercing Corporate Veil: Besides evidence of a “unity of interest between the individual and the entity,” the opinion affirmed the district court’s conclusion that Bongam’s transfer of large sums of money to his personal accounts was compelling justification to pierce the corporate veil. This was particularly so because insulating the owner from liability here would be unjust. Id.

Damages and the Federal Share of Medicaid: The Circuit sent back the damages calculations because the district court had awarded damages based on the full amount of the unauthorized reimbursements, rather than the 70% share paid by the federal government. Id. at *7.

The defendant here may have had “dynamic visions” for its home health agency, but its failure to follow even basic protocols regrettably led it into the dark tunnel of FCA liability. The take-away for practitioners is the viability of relying on reckless disregard as a basis for seeking summary judgment on a proactive basis and the type of evidence that can result in success. 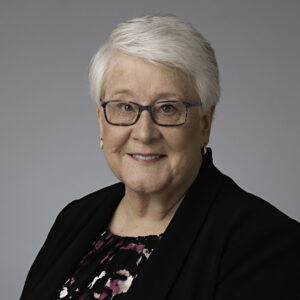 A Partner at Halunen Law, Susan Coler represents whistleblowers across the United States in many different industries who challenge illegal corporate conduct, including fraud against the government. As a Labor and Employment Law Specialist, Susan has also brought successful retaliation claims in connection with False Claims Act (FCA) /qui tam cases and as stand-alone actions. Learn more.