SAINT PAUL, Minn. (December 1, 2017) — A dermatologist’s whistleblower lawsuit recovered $850,000 for his fellow taxpayers, as the U.S. government settled fraud claims against a Minnesota skin-care practice and its owner, whom it had accused of false billing and unnecessary surgical procedures.

In his lawsuit, Dr. Samuelson alleged that Michael J. Ebertz, a dermatologist and owner of Skin Care Doctors, P.A. (SCD), based in Burnsville, Minn., profited by knowingly treating many patients’ benign skin lesions as if they were pre-cancerous — and then billing Medicare, the government insurance program, for procedures that weren’t medically necessary and shouldn’t have been reimbursed by taxpayers.

According to Dr. Samuelson’s complaint, Dr. Ebertz also used other methods to profit illegally from his patients’ visits — and urged other doctors in the practice to follow his lead, which they refused to do. Dr. Ebertz’s patients were unaware of the manipulation, according to Dr. Samuelson, who was a partowner of SCD at the time but was forced out after uncovering the scheme.

After investigating Dr. Samuelson’s claims, the U.S. government largely echoed his accusations and negotiated a settlement in which Dr. Ebertz denied wrongdoing yet agreed to pay $850,000 on his own behalf and for SCD. He also agreed to pay Dr. Samuelson’s attorney fees, and to stop billing Medicare for the disputed practices.

“This settlement is an important statement about the proper conduct of medicine,” said David L. Scher of The Employment Law Group, who was Dr. Samuelson’s lead attorney in the case. “When people visit a clinic such as SCD, they must be treated based on sound medical judgment — not based on how much money they can generate for a doctor’s bank account.”

The United States was represented in the case by Assistant U.S. Attorney Ann M. Bildtsen and members of the Office for the U.S. Attorney for the District of Minnesota. Dr. Samuelson brought the lawsuit under the federal False Claims Act (FCA) and will receive a reward of $153,000 for his whistleblowing.

The FCA, originally signed into law by President Abraham Lincoln in 1863, makes it illegal to deceive the federal government for financial gain. In addition to steep penalties for violators, it includes a “qui tam” provision that allows whistleblowers to file a legal complaint on behalf of taxpayers and — if they prevail — to receive a share of the proceeds.

“Jeff took a tough stand against his boss, and was pushed out of the SCD practice as a result,” said R. Scott Oswald, managing principal of The Employment Law Group. “He could have kept quiet and moved on, but instead he stood up for taxpayers and future SCD patients, achieving a measure of justice with the strongest whistleblower tool available for Medicare fraud — the False Claims Act. He’s a model of medical ethics and a beacon for doctors and other medical professionals who witness wrongdoing by their colleagues.”

“Along with Jeff and local counsel Susan Coler, we’re grateful to AUSA Bildtsen and her aggressive team in Minneapolis, and to Acting U.S. Attorney Gregory G. Brooker,” noted Mr. Scher. “They recognized the harm to Minnesota citizens, as well as to federal coffers, and they moved smartly to hold Dr. Ebertz to account.”

David Scher, a principal of The Employment Law Group, and Susan Coler, a partner in Halunen Law, are available for interviews about this case. Dr. Samuelson’s original complaint in the case, filed in 2015, is available here.

Based in Minneapolis, Minn., Halunen Law represents employees, consumers, and whistleblowers in actions against corporations that have committed wrongdoing. More information about Halunen Law and its attorneys is available at https://www.halunenlaw.com. 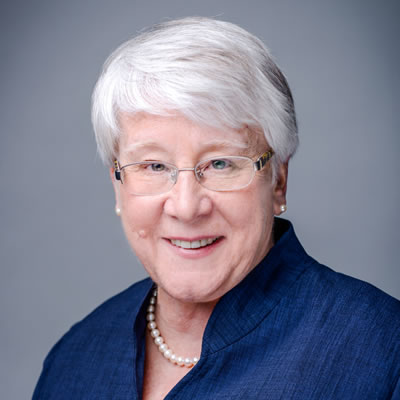 A Partner at Halunen Law, Susan Coler represents whistleblowers across the United States in many different industries who challenge illegal corporate conduct, including fraud against the government. As a Labor and Employment Law Specialist, Susan has also brought successful retaliation claims in connection with False Claims Act (FCA) /qui tam cases and as stand-alone actions.