I vividly remember about a year ago when the sex tape of Donald Trump was released and the world began discussing whether or not the conduct was sufficiently egregious to sink his run for the presidency.The news media covered the story for weeks, with journalists and pundits opining on the propriety of the underlying conduct- as if there was any question about the answer. Some people, including female supporters of Trump, considered it merely “locker room” talk. Others expressed their disgust that women would be so demeaned and that someone running for the presidency would ever engage in such salacious behavior. Although Trump did not actually make his repulsive comment directly to the woman, he used his position of unequal power to get what he wanted without any consideration for the woman’s physical or mental well-being.

The subject of sexual harassment entered the public lexicon with Anita Hill’s testimony, and has become an even greater part of public discourse after allegations of sexual harassment and sexual assault against Bill O’Reilly, Roger Ailes, Harvey Weinstein, Matt Lauer and others have come to light in recent weeks. Media reports tell a story of these very powerful men using their positions of power to obtain sexual gratification from their female subordinates. It appears that employers for most, if not all, all of these men were on notice of their abuse of women but chose not to take any action. Instead, the employers paid hush money to women so they wouldn’t go public—to protect their asset. Rather than doing the right thing to stop the inappropriate behavior, they implicitly sanctioned the horrific conduct and allowed it to continue so that more women would fall victim.

One must ask—how is it possible that this shocking behavior is allowed to occur? The answer is quite simple—Power. The power these men possess comes from the money they make their employers or shareholders. Conduct that would ordinarily be unacceptable by most any other person, becomes tolerated because of the prospective loss of revenue, status or reputation to the employer. Unequal power—supervisor/subordinate, owner/worker, producer/actor—creates a dynamic that allows abuse to occur. Both parties want or need something- the boss wants sex from his secretary, the secretary needs her job; the producer wants adoration, the young actress wants to be famous. These dynamics allow for manipulation by the person holding the power, and that power can be used at the pleasure of the person holding it.

As an employment attorney, I have seen many forms of sexual harassment and abuse. From an unwanted shoulder massage from her boss to repeated, forceful sexual assaults by the company owner who promises a promotion. How is it that an employee would tolerate such violations of their person? The answer is simple—a perceived lack of any real choice. Employees have one universal fear—losing their jobs. This fear results in a person tolerating behavior they never would otherwise tolerate. It’s the fear of economic loss that causes many people to put up with whatever their boss dishes out. Most employees live paycheck to paycheck and being unemployed is not an option when they have a family to support. Their bosses are well aware that they hold all the cards, thus empowering them to demand more and more until there is some break in the relationship.

As in the Weinstein case, many of the women who have come forward have stated that at the time of the harassment or assault, they were young actors who couldn’t afford to be blackballed. They did what they had to do to get a job, or a role, or a promotion. In exchange, they had to go along and be quiet. The rules were often unspoken, but the potential for punishment upon disclosure could forever damage a career. Similarly, in the workplace, many employees are forced to make the very difficult, emotionally traumatizing decision to not only shut up but to go along with their bosses advances. Tolerance is high—so is the pain. Imagine the damage to a compromised spirit—the loss of dignity, self-esteem—the horrors that may result from being physically assaulted. Yet, it happens every day, in every industry, at every level in an organization.

I hope the public dialogue on this issue will result in greater awareness and zero tolerance for the behavior while creating a much safer, supportive environment for victims of sexual harassment and assault to challenge their assailants. Taking this stand requires courage, and all of us need to support those who say “no more” and those who report bad behavior when they see it. We need to let people know that they do not have to tolerate such conduct, that they are not at fault, and they will have the support of the community if they speak truth to power.

In the meantime, as a plaintiff’s employment attorney, I will continue to help employees pursue their legal rights. The law prohibits any form of harassment of a sexual nature as long as it is unwelcome and severe or pervasive. Also important, it is illegal for an employer to retaliate against employees for standing up for their rights. In particular, it is illegal for an employer to terminate an employee who reports or objects to a hostile or offensive work environment. This work is one way to equalize the power. While it can provide life-changing closure for my clients, I regret that the need for my work continues. 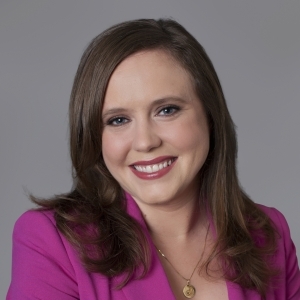 Emma Denny is an employment attorney with Halunen Law. She is a fearless advocate for her clients rights, and fights for them when they have been mistreated. Emma has been recoginzed  by Super Lawyers as a Rising Star and as on of the Top Women Attorneys in Minnesota. Learn more about Emma.