What Should You Know Before Becoming a Whistleblower?

Here are some things you should know before stepping forward as a whistleblower.

1. Whistleblowing can be a challenging and lengthy process

Whistleblower cases often take years, and the consequences of blowing the whistle can upend your life and that of your family. Your integrity can be attacked, your reputation can be smeared, your livelihood can be impacted, and your employability can be adversely affected. Laws exist to protect, reward, and vindicate whistleblowers, but litigating under those laws and enforcing your rights is a challenge as well.

2. Whistleblowing can be a rewarding, fulfilling process

Nothing’s worth having if it’s not worth a fight. Whistleblowing can be immensely rewarding, even though sometimes difficult. Whistleblowers are often driven by a devotion to courage, a desire for a clear conscience, and concern for the public good. Financial rewards may be available to compensate whistleblowers for their efforts and injustices. And even when whistleblower cases do not result in a financial reward, they often bring about improvements and important changes in the offending company’s behavior. They also allow whistleblowers to sleep peacefully at night and look in the mirror without regret, knowing they did their part in uncovering and pointing government officials to misconduct that harms all of us.

3. There are several whistleblowing statutes, not one, all encompassing law

More than 50 federal laws and a myriad of state and local laws protect whistleblowers from retaliation. Your rights and level of protection depend on the type of misconduct you are reporting, the procedures of the law(s) most applicable to you, what you disclose, when, and to whom. Before making the call, learn about which law fits your situation and gives you the  fullest possible protection. The best way to do that is to talk with an experienced False Claims Act / qui tam attorney.

Federal and many state legislatures recognize the vital contributions whistleblowers make in detecting corporate crimes and have enacted anti-retaliation and reward statutes. Many government agencies have special agencies to investigate reports by whistleblowers. Don’t rely on media stereotypes. Those who understand the importance of rooting out illegal conduct, understand that the courage of individuals like you is critical to the well-being of our communities. That is why laws exist to protect you.

5. Do not expect to remain anonymous

Some whistleblower statutes allow you to keep your identity secret indefinitely. Others, like the federal FCA and many state counterparts, begin with the case under seal, or not publicly available, for a period of time. However, the case will eventually be unsealed.  And sometimes companies under investigation can figure out a whistleblower’s identity by the nature of events underlying the case or by by the kinds of information the government requests. In nearly every case, the case becomes unsealed, or publicly available, after the government notifies the court whether it will intervene. In short, prepare to be identified as a whistleblower.

The decision to become a whistleblower is a personal one that only you can make. Contact an experienced whistleblower attorney at Halunen Law for a free consultation to discuss the rewards and risks of a whistleblower case to help you decide. 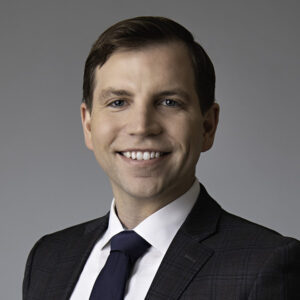 As an attorney with Halunen Law’s FCA Practice Group, Nathaniel Smith is determined to bring fraudulent conduct to light, and to justice. Having recovered millions on behalf of whistleblowers in both employment retaliation cases and qui tam whistleblower lawsuits under the False Claims Act (FCA), he is relentless in his pursuit. Learn more about Nathaniel F. Smith.