Upcoding and Unbundling are Common Types of Healthcare Fraud 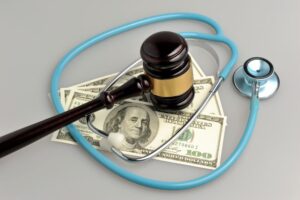 Upcoding and unbundling in healthcare are two forms of improper medical coding. Both fall under the federal government’s definition of healthcare fraud when the government is paying for the care and can be pursued through the False Claims Act.

With serious implications that can cause harm to patients, taxpayers, and the American healthcare system as a whole, fraudulent practices such as these are aggressively investigated, prosecuted, and penalized.

Considered a serious form of fraud, upcoding occurs when a healthcare provider inflates bills to the government by submitting false medical codes to Medicare, Medicaid, TRICARE, or other government payers—that is, the provider bills for diagnoses and services that are more serious and expensive than the actual services rendered.

Many kinds of healthcare providers have been investigated for upcoding, including physicians, healthcare facilities, providers of home health care, physical therapy providers, and even entire healthcare networks.

The consequences of upcoding are serious and affect both the patients involved and insured patients as a whole. Because upcoding leads to an unnecessary increase in insurer spending, it can be a catalyst for increased rates or reduced coverage. In addition, upcoding involving government payors such as Medicare and Medicaid steal vital funds from taxpayer-funded healthcare programs. On an individual patient level, upcoding fraud has an impact on the integrity of a patient’s medical records and may prevent them from receiving proper care in the future.

All doctors must document provided care and services and then utilize standardized medical billing codes to bill insurers for the procedure(s). This expectation applies to both primary care and specialty physicians.

Doctors engage in upcoding when they manipulate medical coding to obtain financial compensation that exceeds what they have fairly earned. There are generally three types of upcoding fraud committed by doctors

Upcoding can also occur on a larger scale, such as at the hospital/healthcare facility level. The costs associated with hospital-provided inpatient care are governed using pre-determined rates, which depend on the diagnosis-related group (DRG) to which they belong. The DRG is directly tied to the severity of a patient’s diagnosis, as well as the type of stay they require, which are determined according to diagnosis codes (ICD codes).

Two of the most common types of upcoding committed by hospitals are:

Upcoding and Other Healthcare Providers

In addition to doctors and hospitals, upcoding fraud can also be committed by other entities. For example, federal medical fraud cases include upcoding carried out by urgent care facilities, home healthcare agencies, and durable medical equipment (DME) providers.

Another form of improper medical coding and fraud is unbundling, also referred to as “fragmentation.” This fraudulent activity most commonly occurs in bills submitted to Medicare and Medicaid because the federal insurers often provide lower reimbursement rates for specific types of medical procedures that tend to be performed together. For example, incisions and closures related to surgical procedures will be bundled or combined with the procedure itself – or multiple blood tests from a single specimen will be bundled at a specific billing amount. Typically, the total reimbursement rate will be lower than it would have been for the procedures billed separately.

Like upcoding, unbundling is an act of fraud committed against the federal government. It carries serious penalties that can include fines, loss of medical license, and jail time.

Medical upcoding fraud and unbundling fraud are illegal, can cause patient harm, and line the pockets of those who would cheat the government at the cost of government health systems and all taxpayers. The Government relies on persons with knowledge of upcoding or unbundling, such as employees, coding personnel, and even patients themselves, to bring these illegal practices to light when they involve government-provided healthcare.

Persons with knowledge of upcoding or unbundling may challenge this illegal coding conduct by bringing a lawsuit under the False Claims Act. The FCA is a federal statute designed to reward whistleblowers who bring “qui tam” lawsuits against companies and individuals defrauding the government. If the Government succeeds in getting money damages or civil penalties from the coding claim, the person reporting the fraud is generally entitled to between 15-30% of the money recovered. Additionally, the False Claims Act can protect whistleblowers from retaliation for reporting the illegal conduct.

The Government may also prosecute upcoding or unbundling criminally, and a conviction can result in severe penalties. Fines, revocation of medical licensure, and jail time are all possible outcomes of a conviction.

Private individuals must be represented by counsel to file an FCA lawsuit. If you are aware of upcoding, unbundling or other types of federal fraud, your first step should be to contact a law firm with deep experience in bringing False Claims Act lawsuits. Most FCA attorneys work on a contingency basis, meaning that you pay nothing unless your case is successful.

The healthcare fraud attorneys at Halunen Law have worked extensively with cases such as these, providing legal expertise, advocacy, and protection to the courageous individuals that speak out against corporate fraudulent conduct. Every case is unique, but we have built the experience and skill necessary to fight on your behalf. Contact us today for a free, in-depth, confidential consultation.