If you’ve reported your co-worker’s unwanted advances to your employer and been ignored, or worse yet, terminated from your position, there is good news for you out of New York. The federal Second Circuit Court of Appeals adopted an expansive standard for employer liability that could make it easier for employees to prove discrimination or retaliation when they’re fired because of a co-worker’s conduct. Historically, courts have been reluctant to hold companies accountable for the conduct of their lower-level workers. But in a recent decision (Vasquez v. Empress Ambulance Service, Inc.), the Second Circuit Court of Appeals held that the company may face liability if its negligence played a role in the firing.

The Plaintiff, Andrea Vasquez, worked for Empress Ambulance Service, Inc. as an emergency medical technician. In one twenty-four hour period, Vasquez faced unwelcome sexual advances from a co-worker, complained about that conduct to her supervisor, and was terminated.

Vasquez’s co-worker, Gray, repeatedly asked her out, and tried to flirt with her. Vasquez rejected the advances and told Gray she had a boyfriend. One day, while Vasquez and Gray were at work, Gray told Vasquez he believed he could convince Vasquez to leave her boyfriend. Later that night, Gray sent Vasquez a picture of his erect penis. Vasquez was horrified and reported the harassing conduct. During the brief investigation, Gray altered the text messages to make it look like Vasquez had consented to a romantic relationship. Vasquez offered to show her employer the text messages, but the employer was not interested. Instead, Vasquez was terminated for engaging in sexual harassment. Vasquez sued Express for retaliation.

Previously, in employment litigation, employers were often let off the hook for the conduct of a lower-level employee. The theory was that an employer cannot be responsible for what they do not know. In other words, Express claimed it didn’t know that Gray doctored the text message, so they can’t be liable for it. But the Court disagreed and found the company liable for Gray’s conduct because it was negligent in its investigation of Vasquez’s complaint.

If you have experienced sexual harassment or unwanted advances by a co-worker and faced retaliation, you may have legal recourse. If it’s time to Take a Stand, contact an employment attorney today to discuss your options. 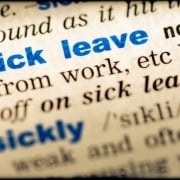 Employers Must Use Caution When Considering Criminal Histories

What should I do if I have evidence of fraud against the government?
Scroll to top