Has a potential client come to you who is talking about fraud involving a contract or program that receives government funding? That person just might have a strong suit for filling a qui tam case. To give you an idea of what we are talking about consider just a few of the following examples of frauds that have been uncovered; keep in mind that the list goes on and on.

The False Claims Act is an important federal law that combats fraud against the Government, but many people have never heard of it. This vital act allows individuals with evidence of fraud to sue companies on behalf of the government for damages.

Private individuals can sue entities and individuals that commit fraud against the Government because the act contains a qui tam provision, which allows individuals to act on behalf of the Government. Through the qui tam provision, the False Claims Act encourages whistleblowers with information about wrongdoing to step forward by providing them with a favorable percentage of the ensuing recovery, typically between 15 and 30 percent of the proceeds collected by the Government. This is designed to provide the whistleblower with some compensation for filing a case, and the time and expense that a False Claims Act case can demand.

By encouraging employees and other individuals to come forward, the False Claims Act attempts to discourage fraud and recover stolen funds, which equate to taxpayer money.

Enacted during the Civil War, the False Claims Act, also identified as “Lincoln’s Law,” came to fruition as an answer to crooked contractors on the take who deceived the Union Army by selling substandard goods, including:

“Lincoln’s Law,” has withstood the test of time and still stands as one of the Government’s most robust weapons in the arsenal for battling fraud against the Government.

In order to successfully navigate this complex landscape, you need to know how to advise your clients who have potential qui tam claims about their options so that together you can make informed decisions about how to best move forward with their potential claims. Learn more about the False Claims Act here. 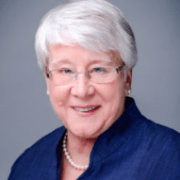