Department of Justice Intervenes in Fraud Cases Against UnitedHealth

With all of the news surrounding the fate of the Affordable Care Act lately, you may have missed that the government intervened in two lawsuits alleging fraud against the country’s largest health insurance company, Minnetonka-based UnitedHealth Group. Since the beginning of this year, the Department of Justice joined two separate False Claims Act cases against UnitedHealth. Both qui tam lawsuits (the Latin phrase commonly used for False Claims Act cases brought by a whistleblower) allege that UnitedHealth fraudulently inflated its Medicare Advantage risk adjustment scores.

So, what is the Medicare Advantage program? What are risk adjustment scores? And how can a major health insurance company, like UnitedHealth, defraud the government? The answers to each of these questions can be found in this post.

Along with the incentive to cover Medicare Advantage beneficiaries comes great opportunity for fraud. One way health insurers can defraud the government, as alleged in the UnitedHealth Group cases, is by “upcoding” a beneficiary’s medical diagnoses. Upcoding is the term used when an insurer exaggerates a beneficiary’s medical condition in order to game a larger reimbursement from the government. It has been estimated that upcoding has generated billions of dollars in excess public spending each year. If the government finds that UnitedHealth engaged in upcoding in order to receive higher reimbursements, then UnitedHealth may be liable to pay back up to three times the amount the government was defrauded.

If you are a Medicare recipient or are connected with others receiving Medicare, it makes sense to be watchful of your documentation to be sure everything is accurate. Eliminating fraud is one way to increase resources available for legitimate healthcare needs and to prevent abuse of taxpayer’s contributions to the public good. 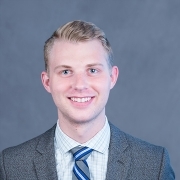