The Second Amendment Does Not Protect Assault Weapons 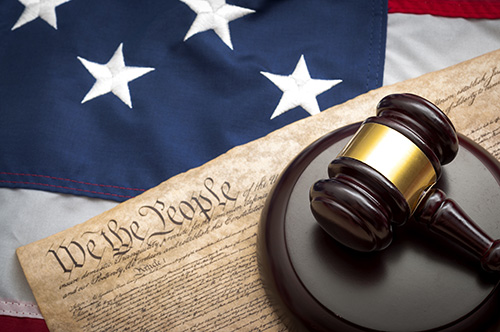 Contrary to popular rhetoric, there is no Constitutional impediment to outlawing assault weapons. Federal law has banned them before, as evidenced by the 1994 Assault Weapons Ban, which—unfortunately—was allowed to expire in 2004. Importantly, the Supreme Court has clearly stated that the Second Amendment does not protect assault weapons. District of Columbia v. Heller, 554 U.S. 570, 624-25, 627-28 (2008). Circuit Courts have applied Heller to uphold state and local laws banning the possession of assault weapons and/or large ammunition clips. E.g., Kolbe v. Hogan, 849 F.3d 114 (4th Cir. 2017).

Heller’s reasoning is sound and persuasive, and begins with the Second Amendment’s text: “A well regulated Militia, being necessary to the security of a free State, the right of the people to keep and bear Arms, shall not be infringed.” The Supreme Court ruled that the “prefatory clause,” concerning a Militia and the security of a free State, simply reflects the historical justification for the amendment, but does not modify the “operative clause” concerning the right to keep and bear Arms. Heller, 554 U.S. at 577-78. In other words, there is no Constitutional right to possess arms necessary to provide for the defense of the State, such as assault weapons whose designed purpose is to swiftly inflict devastating injuries and death on a mass scale. Kolbe, 849 F.3d at 137.

As to the operative clause, the Supreme Court found it “guarantee[s] the individual right to possess and carry weapons in case of confrontation.” Heller, 554 U.S. at 592. That right, however, is limited to those “in common use at the time for lawful purposes like self-defense.” Id. at 624-25, 627. Indeed, this limitation is “fairly supported by the historical tradition of prohibiting the carrying of dangerous and unusual weapons,” such as short-barreled shotguns and machine guns. Id. at 624-25, 627. Sweeping aside a key counter-argument, the Supreme Court noted that since the need for a militia does not modify the operative right to bear arms, it is of no consequence that a modern militia could not be as effective as an 18th century militia without “sophisticated arms” such as “M-16 rifles and the like.” Id. at 627-28.

In short, the Supreme Court did its job by announcing that the Second Amendment does not protect assault weapons—precisely because they are meant for the battlefield and are not “in common use at the time for lawful purposes.” Id. at 624-25, 627-28; accord Kolbe, 849 F.3d at 131. Our job is to get a meaningful assault weapons ban enacted. We need a federal law prohibiting the importation, transportation, trafficking, dealing, sale, purchase, and possession of military-style assault weapons and clips holding more than ten rounds of ammunition.

Each of us needs to work tirelessly to achieve a meaningful and permanent Assault Weapons Ban. We must not wait for one of our own children to leave school in a body bag before feeling the urgency of this issue.