Minnesota’s Connect 700 Program: Aiming to Increase Representation of Workers With Disabilities, But More Progress Is Needed 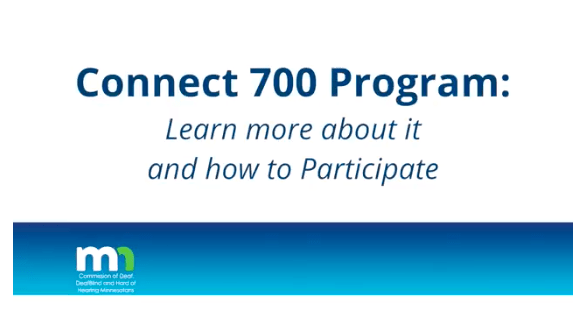 What is the Connect 700 Program?

The Connect 700 Program (also referred to as “C700”) is a voluntary, non-competitive hiring and retention process, which requires all State agencies to first verify that there are no C700 participants qualified to perform the job before they consider any candidates in the standard applicant pool. If the hiring manager determines that a C700 participant meets the minimum qualifications of the job, then the C700 candidate will receive a non-competitive interview before other applicants without a disability.

C700 applicants who are chosen for a position are provided up to 700 hours of work in order to demonstrate they can satisfactorily perform the job with or without accommodation. The work performed during the 700 hours is also referred to as the “pre-probationary period.”

Importantly, the C700 Program not only assists people with a disability get a job but is also designed to help them keep their jobs with the following:

If you are a current or former C700 Program participant and feel that you have been treated unlawfully, contact Halunen Law’s employment team today for a free consultation.

Read the Minnesota Employment and Economic Development Study: The Disability Employment Gap, by Type of Disability

Download the State of Minnesota Governor’s Workforce Development Board Report