A new study from researchers at the University of New Hampshire and the University of Nebraska has determined that men in executive leadership positions receive over $500,000 more in severance compensation than women. The study, recently published in the Journal of Business and Psychology, examines severance packages at the executive level through a series of analyses focusing on large, publicly traded American companies.

Researchers established that executive severance agreements, which can include benefits received by the employee upon termination “without cause,” can be susceptible to bias due to the opacity and subjectivity in how they are determined. Such ambiguity opens the door to preconceived notions and implicit biases linking gender to employment performance, personality traits, and expectations.

Jennifer Griffith, the Morrison Fellow of Diversity at the University of New Hampshire’s Peter T. Paul College of Business and Economics, noted that in this study researchers found that “male executives are more likely than their female counterparts to be rewarded in their severance agreements when the company’s stock value increased under their leadership.” She further stated that “for women, how well the company was doing had less impact on the value of their severance package. This shows that performance is attributed to other organizational or market factors when women lead and could make it more difficult for women in executive leadership roles to demonstrate their value to the firm.”

The study found that women executives were more likely to be undervalued, while male executives at similar ranks were more likely to be over-rewarded, regardless of company performance. Women were also found to be at a disadvantage in negotiating better severance packages and were often met with stronger opposition than men in negotiations due to preconceived notions of gender norms and beliefs. While previous studies have assessed the gender pay gap at the executive level as it relates to executive severance, this new study highlights the need for employers to take a more well-rounded assessment of compensation, and the need to pay closer attention to how the severance process can deprive certain groups of equal treatment.

Protect yourself from gender discrimination

Halunen Law’s attorneys are experts in the matters of gender discrimination in the workplace. If you are a woman in executive leadership who is being offered a severance agreement that is not in line with your contributions to the company, you want to consult with attorneys who have this expertise. Working closely with you, we develop an approach that puts you in the strongest possible position to obtain better and equitable compensation and benefits, as well as to minimize any restrictions on your post-departure professional activities and opportunities. Halunen Law will vigorously advocate for the severance you deserve. Please contact Halunen Law or call us at (612) 605-4098 for a free consultation. 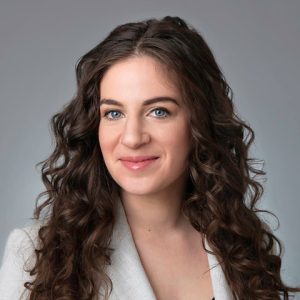 Robyn Uri, an employment attorney with Halunen Law, works closely with her colleagues and shares their deep commitment to seek justice for clients who have experienced gender discrimination, wrongful termination, or other illegal workplace actions.