CBS television launched the new 8-part series called Whistleblower On July 13. The show offers an in-depth look at the remarkable courage and resolve of several whistleblowers, and the difficult paths they take that lead to justice.

Familiar territory for Halunen Law Qui Tam/Whistleblower attorneys. Halunen’s attorneys are in the daily fight to prosecute cases brought by whistleblowers to challenge unlawful corporate conduct. We know the toll these cases can take on those courageous enough to challenge unethical practices and we do everything we can to alleviate that burden.

Check Your Local Listings for Times

Episode One: “Blow the Whistle, Change the World”

Two dentists were alarmed by the unsafe and fraudulent practices they observed as standard practice at a pediatric dental chain that provides services in underserved communities. They challenged those practices that they feared would lead to overtreatment, overbilling and putting children at risk. The episode also features a whistleblower who took on pharmaceutical giant Bristol-Myers Squibb accusing the company of using illicit bribes, expensive vacations, and sumptuous dinners to gain illegal access to patient medical records and influence doctors to prescribe the company’s high-priced meds. Watch the full episode 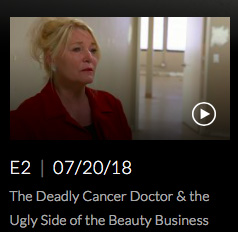 Episode Two: “The Deadly Cancer Doctor & the Ugly Side of the Beauty Business”

What could be worse than being diagnosed and treated for cancer? Later finding out that your doctor lied and you never had it to begin with. An office manager at a cancer center blew the whistle on the oncologist running the practice when he discovered the doctor was giving chemotherapy to more than 500 patients who do not need it. The scope of what the whistleblower discovered was staggering. This episode also features the story of courageous whistleblowers who challenged the unethical practices of Marinello Schools of Beauty after uncovering fraud against its students. Watch the full episode 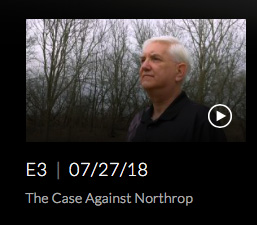 Episode Three: “The Case Against Northrop”

James Holzrichter thought he had landed his dream job working at Northrop, one of the top military contractors in the world. But, once he moved from testing equipment to “product assurance,” that is, ensuring that the company was properly billing the government for parts, he began to notice some disturbing trends. Taking nearly two decades to be resolved this case is the featured story for the full episode. Watch the full episode 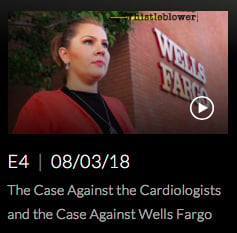 In this episode Host, Alex Ferrer investigates the case against cardiologists engaging in unethical, potentially life-threatening practices. The first segment features Dr. Michael Jones, a successful cardiologist in Lexington, Ky., who noticed a troubling pattern in the patients showing up in his office. They were all from the same part of rural Kentucky, and each of them seemed to have had expensive heart procedures he believed they didn’t need. The second segment features courageous whistleblower Jessie Guitron who sounded the early alarms in what subsequently became a huge banking scandal for Wells Fargo amid allegations that bank employees were encouraged to open credit card accounts for customers without their knowledge, leading to even larger, systemic fraud. Watch the full episode 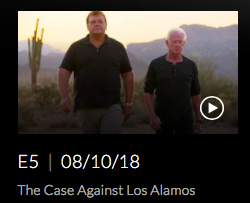 Los Alamos National Laboratory, the birthplace of the atomic bomb and home to some of the country’s most dangerous secrets had some troubling security issues. Following a series of embarrassing security lapses and thefts, former police chiefs Glenn Walp and Steve Doran were brought in to review and bolster security at the facility in 2002. But almost immediately, it was clear that things were far worse than they had thought. Watch the full episode 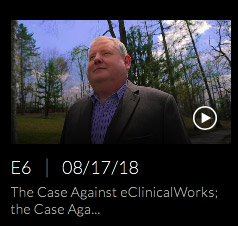 Thanks to electronic medical records, millions of Americans now expect their doctors to have the right information about their care at their fingertips. But could faulty digital medical records cost lives? Host Alex Ferrer investigates the case of medical charting software gone wrong. In the second part of this episode, New York Chef Jeffrey Mills, became executive director of the Office of Food and Nutritional Services for DC Public Schools (DCPS) and discovered an entrenched system of spoiled, and wasted food served across the school system. His whistleblower actions resulted in a $19.4 million settlement against the food service provider. Watch the full episode 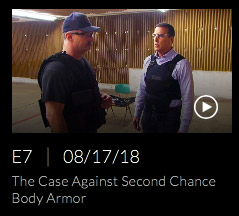 What would you do if you had dedicated your career to protecting those who protect us, only to discover the company that once saved your life may be putting others at risk? Dr. Aaron Westrick was the research director for America’s largest body armor company – Second Chance Body Armor – and was the first official to oppose the sale of bulletproof vests made with Zylon fiber. Based on his disclosures, these defective vests were forced off the market and police officer’s lives were saved. Dr. Westrick’s story is featured in this hour-long episode. Watch the full episode