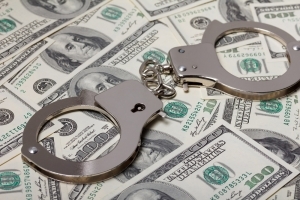 In its 2016 Annual Review of Corporate Fraud and Corruption, Financier Worldwide magazine reported that, every year, corporate fraud causes companies to lose about 5% of their annual revenue.1 In dollar terms, this converts to trillions of dollars each year lost through fraud worldwide. As a result of this problem, countries globally are introducing new laws relating to anti-bribery and anti-corruption. Many countries are working cooperatively with other jurisdictions to combat fraud. While the United States has been a leader in this regard, other countries like the UK, Netherlands, Germany, France, Canada and Australia have introduced anti-bribery and anti-corruption compliance regulations and have employed robust enforcement activities.2 Further, the United Nations Convention Against Corruption has placed pressure on member nations to implement and enforce anti-bribery and anti-corruption laws.3

So why the recent convergence of global interest in combatting fraud and corruption? The answer is actually quite simple— the costs to companies in the form of reputational injury, criminal and civil liability, government enforcement actions, and the potential for catastrophic financial losses are simply no longer acceptable risks to assume— especially in the aftermath of Enron and the disappearance of other companies that have vanished off the face of the planet after engaging in widespread financial fraud. As a result, investors, lenders, boards of directors, management, insurers, regulators and activists have stepped up and demanded accountability in the form of internal controls to eviscerate or at least limit any form of corruption or bribery in publicly traded companies with which they are associated.

How the SEC Combats Fraud

The United States has employed several powerful tools to fight fraud and corruption, both within the country and internationally. The Securities and Exchange Act of 1934 was amended in 2010 by the Dodd-Frank Amendment to provide protections and incentives to whistleblowers who report fraud and corruption to the SEC as part of its Whistleblower Reward Program.4 Under the Program, a covered whistleblower includes any person who has information about violations of law resulting in a sanction in excess of $1 million. The whistleblower is entitled to recover between 10-30% of any recovery by the SEC.5 The program has resulted in rewards to whistleblowers exceeding $100 million —with the largest single award in excess of $22 million.6 As a result of the Program incentives, more people have been willing to come forward with information about fraud and corruption than ever before— resulting in more enforcement activity, more sanctions, more criminal prosecutions and more confidence in the veracity of our publicly traded corporations.

What About the FCPA?

The Foreign Corrupt Practices Act of 1977 (‘FCPA’) is another successful tool to combat fraud and corruption. The FCPA prohibits US publicly traded companies from paying bribes to foreign officials to obtain or retain business.7 The FCPA also provides a monetary incentive to whistleblowers who expose bribery by companies publicly traded in the US and doing business abroad under the same Dodd-Frank whistleblower provisions. The SEC and the Department of Justice have joint jurisdiction to enforce the FCPA.

So, what does this mean in a world where fraud, corruption and bribery have been a standard part of doing business? The answer is clear — do so at your own risk. With the SEC and Department of Justice making these cases a priority, there will not only be more enforcement actions costing companies tens to hundreds of millions of dollars, there will also be people going to jail as the DOJ steps up prosecutions of violators. In a recent case involving the indictment of an executive of Tenet Healthcare for fraud, Acting Assistant Attorney Kenneth Blanco stated:

“These charges underscore our continued commitment to holding both individuals and corporations accountable for their fraudulent conduct,” said Acting Assistant Attorney General Blanco.  “We will follow the evidence where it takes us, including to the corporate executive ranks.”8

So, maybe the lesson to be learned before taking that step of bribing a foreign official, a corporate actor might want to think first — How would I look in an orange jump suit? If not becoming, don’t do it. 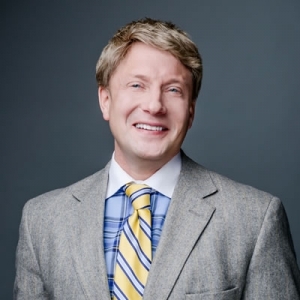 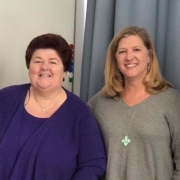