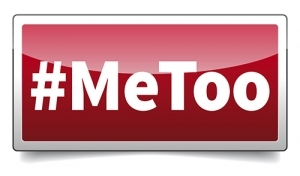 Remember Trump’s now infamous boasts about his treatment of women that was caught on tape? The tape’s release prompted more than a dozen women to come forward with claims that Trump had sexually assaulted them. In the wake of those claims and recent sexual assault allegations against prominent news media and entertainment figures such as Harvey Weinstein, Charlie rose, Kevin Spacey, and Louis CK, the outrage of this conduct has resulted in people feeling comfortable for the first time to both tell their stories and take action against their perpetrators.

Let’s face it—over the past two years, our world has changed. We’ve had a wakeup call that it is no longer acceptable for people to use their positions of power for sexual gratification and intimidation. Instead, people who were once able to get away with doing whatever they wanted to whomever they wanted are being held accountable through public shaming and civil lawsuits.

Hopefully, the #MeToo phenomenon will alleviate and ultimately eliminate the trail of harm left by the harassers—harm that is finally being seen and addressed. In an NBC News story3, Dr. Colleen Cullen, a licensed clinical psychologist, identified the most common diagnoses of victims of sexual harassment as depression, anxiety, and even post-traumatic stress disorder (PTSD).

“An experience [with sexual harassment] can either trigger symptoms of depression and anxiety that are new to the person; or it can exacerbate a previous condition that may have been controlled or resolved. Patients may also see a worsening of symptoms,” says Dr. Cullen. “Some research has found that sexual harassment early in one’s career in particular can [cause] long-term depressive symptoms.”

The story goes on to note that someone going through or dealing with the aftermath of sexual harassment may also exhibit symptoms of PTSD, especially if the harassment led to violence or assault.

“Among women who experience a sexual assault, 90 percent who experience sexual violence in the immediate aftermath exhibit symptoms of acute stress,” says Dr. Helen Wilson, a licensed clinical psychologist with expertise on the effects of trauma. “For many people, these symptoms dissipate over time through social support and coping strategies, and many people totally recover and move on; others will be so distressed that it really interferes with their work and life. It takes a certain number of symptoms to diagnose, but that’s when it can become PTSD.”

Looking at the workplace in particular, no employee should be required to tolerate any form of sexual harassment while working. Most often the only effective way to stop such behavior is to make a report to the employer. Once this occurs, the employer is required by law to take appropriate remedial action. However, some times more immediate and direct action MUST be taken—as in the case of sexual assault or rape, when the employer instigates the harassment, or if there is no internal process for recourse. In these circumstances it is crucial to retain an experienced sexual harassment law firm that can use its experience to demand the kind of resolution desired; whether it’s ensuring that an employee is safe from further harassment, negotiating a separation package, or creating meaningful change in how an employer does business, including implementing sexual harassment training and establishing effective non-discrimination/harassment policies.

Halunen Law is a pioneer in the area of sexual harassment litigation. For 20 years we have fought for the rights of both men and women who were subjected to unwelcome sexual comments and behavior, including sexual assaults and rape. We are extremely successful in obtaining substantial recoveries for our clients as well as effectuating organizational change and accountability to assure similar conduct never happens again. If you have experienced any form of sexual harassment in your workplace, call us—we can help. 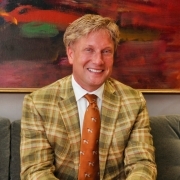 Clayton Halunen is founder and managing partner of Halunen Law. Under his leadership, Halunen Law has achieved a reputation as a fearless, tenacious and successful plaintiffs’ law firm, with a laser focus on achieving justice for its clients as well as meaningful social change. Clayton has successfully tried to verdict discrimination, harassment and whistleblower cases and obtained millions of dollars for his clients.

1 Numbers Hint at Why #MeToo Took Off: The Sheer number Who Can Say Me Too, New York Times February 21, 2018. https://www.nytimes.com/2018/02/21/upshot/pervasive-sexual-harassment-why-me-too-took-off-poll.html