In an important decision on June 3, 2020, in the case Kenneh v. Homeward Bound, Inc.[1] the Minnesota Supreme Court held that Minnesota courts are not bound by restrictive federal court guidance in determining what constitutes sexual harassment under the Minnesota Human Rights Act (“MHRA”).

In 1964, the U.S. Congress passed Title VII of the Civil Rights Act, which, among other things, outlawed discrimination on the basis of sex in the workplace. Similarly, in 1973, the Minnesota Human Rights Act was amended to prohibit discrimination based on sex in Minnesota workplaces. Under these laws, part of what an employee must show when bringing a case of sex discrimination is that an employer took an ‘adverse employment action’ against them because of their sex; meaning, the employer caused them to suffer some form of harm because of the employer’s actions. Courts agree that being fired is a clear-cut example of an “adverse employment action.” But what about other actions taken by an employer that don’t rise to the level of a termination? Courts have wrestled with this question for decades.

It wasn’t until the 1980s that courts began to recognize that sexual harassment in the workplace could rise to the level of an “adverse employment action,” and thus violate the law, even if the employee was not terminated as a result of the harassment. In 1980, Minnesota recognized that sexual harassment could be considered an adverse employment action—six years before federal courts did.[2] In subsequent rulings, the U.S. Supreme Court held that sexual harassment could constitute an adverse employment action, and thus be illegal, only if it was “severe or pervasive enough to create an objectively hostile or abusive work environment.”[3] This standard is measured by what a “reasonable person” would consider to be hostile or abusive. Courts recognize that making this determination is not a mathematically precise test. Courts are supposed to consider all the facts and circumstances of the conduct, including the frequency of the conduct; its severity; whether it is physically threatening or humiliating or a mere offensive utterance; and whether it unreasonably interferes with an employee’s work performance. Up until the Kenneh decision, Minnesota courts generally followed federal courts’ interpretation of Title VII when determining whether conduct was sexually harassing under the MHRA.

Unfortunately, federal courts continued to raise the bar higher and higher for what was considered “severe or pervasive” conduct, particularly courts within the Eighth Circuit Court of Appeals, which encompasses Minnesota. The Eighth Circuit has held that in order to show that sexually harassing conduct is severe or pervasive, an employee must show that “the workplace is permeated with discriminatory intimidation, ridicule, and insult,” and that the conduct was “extreme in nature and not merely rude or unpleasant.”[4]

As a result, many truly egregious cases were dismissed before reaching a jury. Here are a few examples:

But in the Kenneh case, the Minnesota Supreme Court held that Minnesota courts are not bound by these restrictive federal cases. In her case, Ms. Kenneh has alleged that on numerous occasions over a five month period, her supervisor told her he liked beautiful women with beautiful legs, licked his lips in a suggestive manner, physically blocked her from leaving her office with his body, told her he liked to “eat women” and that he wanted to “eat [her],” simulated oral sex with his hand and tongue, called her sexy, pretty and beautiful, and stared at her for uncomfortably long periods of time. The district court and the Minnesota Court of Appeals dismissed her case, holding that under the “severe or pervasive” standard, this was not enough evidence for Ms. Kenneh’s case to go to a jury. The Minnesota Supreme Court reversed their decision, saying that it was up to a jury to decide whether the harassment was severe or pervasive.

In Kenneh, the Court held that the MHRA provides broader employment protections than federal law, and must be interpreted as such. The Minnesota Supreme Court also noted that attitudes and social norms about what constitutes acceptable and unacceptable workplace behavior are changing. It told the lower courts that they must take this into account when deciding whether conduct is severe or pervasive, rather than relying on old, restrictive federal cases. Most importantly, the justices cautioned Minnesota courts from deciding whether conduct is severe or pervasive enough, and said instead that a jury should make those determinations in most cases. This means that more victims of sexual harassment in Minnesota will now get their day in court to present their case to a jury of their peers. This is a huge step forward for victims of sexual harassment in Minnesota workplaces.

If you believe you have been the victim of sexual harassment in the workplace, we encourage you to reach out to our firm to speak with an experienced employment attorney for advice. 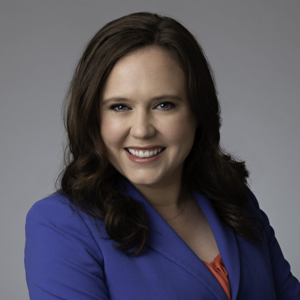 Emma Denny is an experienced, tough employment attorney, relentless in her pursuit of justice for clients who have been wronged by their employer. She has successfully litigated cases in state and federal court and negotiated favorable resolutions for clients facing discrimination, whistleblower, harassment, FMLA, ERISA, disability and religious accommodation, wage, retaliation, contract agreements and a host of other disputes. Learn more.

What are My Rights as an Employee in the COVID-19 Pandemic? Historic Supreme Court Opinion Affirms Protections for LGBT Workers
Scroll to top