A majority of states, 38 to date plus four United States territories, have enacted statutes legalizing the consumption of cannabis to treat specified medical conditions. Some of these jurisdictions provide legal protections in the workplace for medical cannabis/marijuana users. Minnesota is one. That is, individuals in Minnesota with a qualifying medical condition (which includes chronic pain, cancer, seizures and nausea) may consume cannabis purchased from an authorized dispensary if they obtain a prescription from their health care practitioner, submit a valid application to the Department of Health for inclusion on the registry and obtain a medical cannabis card. This blog discusses the scope of protections for these individuals under Minnesota’s medical cannabis statute and, relatedly, rights arising under the state’s stringent drug testing law.

Even without a specific anti-discrimination provision, participants of the Minnesota’s medical cannabis program would be protected against termination under the state’s “lawful consumables” statute, Minn. Stat. § 181.938. This law predates the medical cannabis statute by two decades and prohibits any employer from terminating or refusing to hire an employee for “engag[ing] in the use or enjoyment of lawful consumable products,” provided the use takes place off premises and outside of working hours. Principle among lawful consumables are alcohol and tobacco. Illicit drugs, naturally, fall outside that law’s protections.

To eliminate any doubt about the legal status of medical cannabis users, the Minnesota legislature included in the THC Therapeutic Research Act (“TTRA”), Minn. Stat. § 152.21, protections applicable to employment (as well as housing and education). Specifically, “an employer may not discriminate against a person in hiring, termination, or any term or condition of employment, or otherwise penalize a person” because the person is enrolled in the program or has tested positive for cannabis following lawful use. Two notable exceptions exist:

Unfortunately, the latter exception has created misconceptions among employers who, as a condition of contracting with the federal government, must comply with the federal Drug Free Workplace Act (“DFWA”), 41 U.S.C. § 8102. Businesses large and small erroneously believe that DFWA compliance precludes their hiring of participants in Minnesota’s medical cannabis program because—despite a sea change in public acceptance—cannabis remains a prohibited Schedule I drug under federal law. No exception exists for products lawfully prescribed under the TTRA and other jurisdictions’ medical marijuana statutes.

In fact, the DFWA merely requires that government contractors ensure that “unlawful manufacture, distribution, dispensation, possession, or use of a controlled substance is prohibited in the person’s workplace.” Nowhere does it prohibit an employee’s use of cannabis, legally under state law or even illegally, off premises and outside working hours.

Plaintiffs alleging discrimination under the TTRA may recover compensatory damages, attorneys’ fees and, in egregious situations, punitive damages. The same facts may also give rise to liability under the Minnesota Human Rights Act (“MHRA”), Minn. Stat. § 363A.01, based on disability discrimination. Although lacking punitive damages, the MHRA allows for trebling of compensatory damages. The MHRA’s liability threshold is higher than the TTRA’s, requiring a plaintiff show an “adverse employment action” (e.g., termination, demotion, refusal to hire). Under the TTRA’s more lenient “penalization” standard, actions as minor as a written warning or transfer from an office to a cubicle may trigger liability.

Minnesota has one of the nation’s most stringent drug testing statutes, titled the Minnesota Drug and Alcohol Testing in the Workplace Act (“DATWA”), Minn. Stat. § 181.950.

If you are subject to drug testing at work, it is important to remember that DATWA authorizes testing only pursuant to a written policy provided to employees prior to testing, which has also been posted in the workplace. Before being made to undergo a drug test, a Minnesota employee additionally must sign an acknowledgement stating that he/she has “seen” the employer’s drug testing policy.

Moreover, drug testing is allowed only under very specific conditions. They include: (1) job applicant testing following the receipt of a conditional offer of employment; (2) a reasonable suspicion of intoxication or after a work-related accident; and (3) random testing in “safety sensitive” positions. (As an important aside, DATWA does not apply to certain employees involved in interstate trucking, railway workers, pipeline workers, air traffic controllers and others subject to testing under an applicable federal drug testing statue).

Any employee who tests positive must be given the option of obtaining a confirmatory re-test at his/her expense, and cannot be terminated from employment unless first provided the option of enrolling in a treatment or counseling program. If an employee successfully completes the program, the employer must allow him/her to return to work. Finally, the employer must provide written notice of an employee’s right to explain a positive test. The medical cannabis statute specifically references DATWA for this purpose, stating that a participant may present “verification of enrollment in the patient registry as part of the employee’s explanation” for any such positive test.

The above is just a summary of DATWA’s many stringent requirements. Owing to its complexity, many employers routinely fail to comply with the statute.

If you are a medical cannabis user who has been subject to discipline following a work-related drug test and would like more information about your legal rights, don’t hesitate to contact the experienced employment lawyers at Halunen Law. 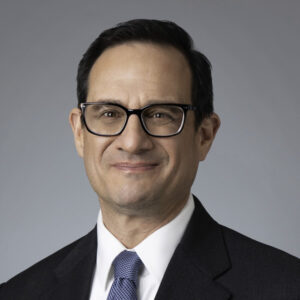 An integral part of Halunen Law’s employment law team with over 30 years in the legal profession, attorney Charles Horowitz obtained a wealth of experience in the field of Minnesota’s Drug and Alcohol Testing in the Workplace. He is focused on fighting injustice and providing the highest level of legal service every day on behalf of employees.