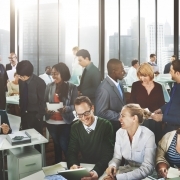 We all know that it is best not to work under the influence of drugs or alcohol. Employees should avoid ever being in a position to have a positive drug or alcohol test result in the workplace. With that in mind, we must also acknowledge that there are many prescription medications that are necessary for some people to function in their daily lives, and some of these will render a positive result on a drug test. There are also disabilities and impairments that might outwardly manifest in such a way that somebody might mistake that person as being under the influence of drugs or alcohol and then might ask that person to take a drug test. Let us also not forget that chemical dependency is a serious condition with serious consequences and many people suffering from it are discriminated against in the workplace. Then there are those that just make a simple one-time mistake and don’t deserve to have their lives ruined (i.e., their jobs terminated) because of this isolated mistake.