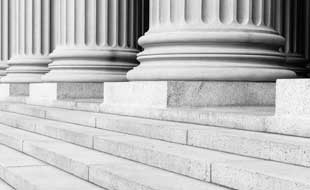 In our last few posts, we reported on class action settlements regarding TCPA violations involving unwanted text messages (i.e. text spam) and overages based on wireless plan changes. Consumers should also be aware of charges on their cell phone bills from third party carriers. Indeed, significant charges would likely raise concerns (and a customer’s ire) and would …

END_OF_DOCUMENT_TOKEN_TO_BE_REPLACED

With the holidays approaching, baby gifts become especially popular items for those with toddlers, as well as those who are expecting bundles of joy in the New Year. Baby cribs are especially popular, with infant bedding being a $50 million annual industry. Over the last few years, crib safety concerns have become more prominent, as safety advocates …

END_OF_DOCUMENT_TOKEN_TO_BE_REPLACED

Banking giant Citibank has recently reached a settlement to resolve a class action lawsuit alleging that it broke federal lending laws when it suspended (or cut) home equity lines or credit during the 2008 mortgage crisis. As home values suddenly plummeted, thousands of homeowners received notification that their homes had significantly declined in value (when they had …

END_OF_DOCUMENT_TOKEN_TO_BE_REPLACED

Disputing data charges on cell phone bills can be a tedious and annoying experience. You may wonder if it is intentionally time consuming so that people eventually give up and forego their potential refund. According to a recent action by the Federal Communications Commission (FCC), there may be some truth to that notion. AT&T has …

END_OF_DOCUMENT_TOKEN_TO_BE_REPLACED

Whirlpool appliances have been a fixture in American homes for generations. The company’s washing machines are commonly known for their durability and innovative technology. However, Ohio consumers are taking the company to court over alleged defects that prevent clothes from becoming clean. The Cleveland Plain Dealer reports that a class action lawsuit has been filed against Whirlpool. …

END_OF_DOCUMENT_TOKEN_TO_BE_REPLACED

As we discussed in our last post, automatic renewals often create a convenient (and easy) revenue stream for service providers to depend on. This is commonly because customers do not notice that they are being charged for additional services. Either they forget to cancel a free trial period and continue to use the service, or …

END_OF_DOCUMENT_TOKEN_TO_BE_REPLACED

In the cosmetics industry, products claiming to “slow the aging process” have become increasingly popular. Cosmetics makers are competing fiercely to gain market share and claims made through their advertisements emphasize this trend. However, a number of companies have received warnings from the Food and Drug Administration that their products, based on their advertising, would …