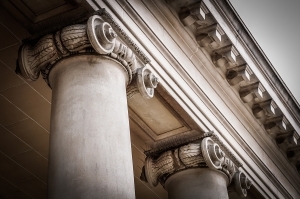 It may be surprising but until Friedlander your legal case would likely have been doomed even though Minnesota has a whistleblower protection law.

Before Friedlander, the bank would have argued to the court that you didn’t report unlawful conduct in good faith. The bank would point out two indisputable facts: (1) investigating and reporting such unlawful conduct was part of your job as a compliance manager; and (2) the conduct you reported was widely known and acknowledged by the bank, including your boss.

The Minnesota Whistleblower Act protects employees against retaliation by their employers for reporting potential violations of law in good faith. It always has. But when the legislature first enacted the Whistleblower Act, it didn’t define the term good faith. Without a legislative definition to guide it, the Minnesota Supreme Court interpreted good faith to mean, “for the purpose of exposing an illegality.”

For more than 15 years this definition of good faith caused courts to scrutinize the employee’s motivations for making a report. Employers successfully argued that at least two rules logically flowed from the definition:

The courts’ definition of good faith left major gaps in the protection of Minnesota employees. Employees who reported unlawful activity for equally just motivations—such as stopping unlawful practices well-known to their employer—were often unprotected. The definition also threatened to eliminate protections for large swaths of employees in compliance positions such as the bank employee in the example above. As a result, courts often dismissed cases because the employee lacked the legal motivation for the report required by prior court decisions.

That changed with the Minnesota Supreme Court’s recent unanimous decision in Friedlander. The Court held that the legislature meant what it said. It is now irrelevant whether an employee made a report “for the purpose of exposing an illegality.” By extension, an employee’s job duties are irrelevant, too. The report only has to be truthful.

Minnesota’s employees can now act according to their conscience and oppose unlawful practices occurring in the workplace with greater protections from retaliation. It’s that simple. That’s a good thing for employees and the rule of law.

Read the recent news release on this case. https://www.halunenlaw.com/halunen-law-nichols-kaster-and-apollo-law-win-landmark-decision-on-behalf-of-employee-in-minnesota-whistleblower-case/ 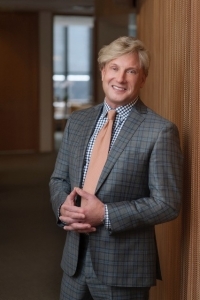 Halunen Law attorney Clayton Halunen represents employees who have been treated unfairly by their employer, focusing on matters involving discrimination and retaliation. Clayton recognizes the critical role an employee plays in holding an employer accountable, often when no one else will. Committed to getting the best possible result for his clients, Clayton is driven by the real-life implications of each case he takes.