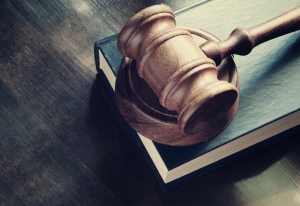 MINNEAPOLIS – (Dec. 15, 2016) The MiMedx Group (NASDAQ: MDXG) persistently inflated its quarterly revenue figures over several years, using a fraudulent practice known as “channel stuffing” to book sales of products that customers never ordered, according to a whistleblower lawsuit filed by Halunen Law against the company and its CEO today in federal district court in Minneapolis. When two top company salespeople objected to being part of what they perceived to be a scheme to defraud shareholders and the investing public, senior-level executives retaliated with threats, intimidation, and ultimately, termination, according to the lawsuit.

Filing the lawsuit on behalf of the plaintiffs, Jess Kruchoski and Luke Tornquist, is the Halunen Law firm of Minneapolis.

“The lawsuit alleges that MiMedx retaliated in a punitive and illegal manner against our clients, after they objected to the company’s alleged illegal practice of booking phantom sales of one of its most lucrative product lines, EpiFix, in an effort to shore up its legally-required quarterly financial reports to shareholders,” says Clayton Halunen, managing partner of the firm and lead attorney for the plaintiffs.

According to the lawsuit, the scheme implicates AvKARE, Inc., a Tennessee company that entered into a distribution agreement with MiMedx, and the Department of Veterans Affairs, an end customer of MiMedx products. Kruchoski and Tornquist allege  that MiMedx directed sales managers and representatives to book large orders for products never requested by their customers, VA hospitals in the Upper Midwest. Typically the “request” to write these orders were issued in the waning days of a quarterly reporting period, with the goal of inflating the company’s quarterly revenue reports to shareholders, the lawsuit claims. The complaint further alleges that this scheme did not comply with generally accepted accounting principles for revenue recognition.

According to the complaint, when a company directive ordering sales personnel to “stuff the shelves” of VA hospitals with EpiFix packages came down in late December 2015, Kruchoski expressed his opinion about the illegality of such action. However, as alleged in the Complaint, on December 30, MiMedx CEO Parker Petit ordered the sales force to add inventory to government shelves.

According to the complaint, the company unveiled a new tactic to use in supplying VA hospitals with an abundance of EpiFix products in March 2016. The idea allegedly called for using FedEx to ship shoebox-sized packages filled with 15 of the most expensive EpiFix grafts to VA hospital shipping departments. The Complaint alleges that in late March, MiMedx shipped what was estimated to be about $2.4 million worth of product to VA hospitals nationwide. As of November 2016, much of this product was returned or remained on the VA shelves, unpurchased. The complaint describes at least one instance of the EpiFix grafts being stored at a sales representative’s home.

In early November, Kruchoski and Tornquist jointly submitted a report to corporate officials identifying MiMedx’s improper revenue recognition scheme as a violation of the federal Sarbanes-Oxley Act of 2002 (SOX), says the complaint. Over the next weeks, according to the complaint, Kruchoski and Tornquist were threatened, and ultimately terminated.

Both Kruchoski and Tornquist, allege in their complaint that the company retaliated against them because they formally declared their concerns over the channel-stuffing practice. They further claim this retaliation violates the whistleblower protection embedded in SOX, the Dodd Frank Wall Street Reform and Consumer Protection Act, and the Minnesota Whistleblower Act.

Halunen Law is a national whistleblower law firm with offices in Minneapolis and Chicago, offering experienced legal representation to protect whistleblowers who have experienced retaliation or are planning to blow the whistle. They also offer experienced legal representation to individuals who are blowing the whistle on government fraud under the False Claims Act and other statutes. For more information on Halunen Law, visit the firm’s website at http://whistleblower.halunenlaw.com/.