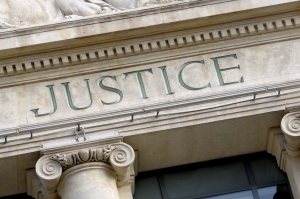 Halunen Law is representing Tom Jefferson, a UK epidemiologist and researcher in a private False Claims Act whistleblower suit claiming the drug company Roche defrauded U.S. federal and state governments by falsely claiming that its antiviral drug oseltamivir (Tamiflu) could be a powerful tool in mitigating a flu pandemic. The suit, for $1.5 billion, is roughly the amount that US public health authorities spent building up their pandemic stockpile of oseltamivir. Read the full story below.

A UK epidemiologist and Cochrane Collaboration researcher is suing the drug company Roche in the US, claiming that it defrauded federal and state governments by falsely claiming that its antiviral drug oseltamivir (Tamiflu) could be a powerful tool in mitigating a flu pandemic.

Tom Jefferson, a frequent contributor to The BMJ, is suing as a private whistleblower for $1.5bn (£1.1bn; €1.4bn), roughly the amount that US public health authorities spent building up their pandemic stockpile of oseltamivir. The stockpile is still maintained today, though recent purchases have involved generic versions, as Tamiflu’s main patent expired in 2016.

Should Jefferson win, he would be awarded up to 30% of any monies recovered, while the rest would be returned to public coffers.

Jefferson’s Cochrane acute respiratory infections group was engaged by the UK government to undertake a major review of the effectiveness of oseltamivir in 2009, after an outbreak of virulent type A influenza H1N1 made headlines worldwide. The reviewers soon realised that many of their assumptions about oseltamivir rested on papers whose underlying data had never been published. They sought the detailed data of oseltamivir trials from Roche but were refused.

This led to a four year campaign—much of it conducted in the pages of The BMJ—that saw Roche and the European Medicines Agency finally release the detailed data in 2013.

Jefferson’s group studied those documents and reported in 2014.1 The first Cochrane review ever to be based on full clinical study reports rather than journal articles, it concluded that oseltamivir could reduce the duration of flu symptoms and reduce the proportion of symptomatic cases among infected people. But it did not find evidence that oseltamivir reduced disease transmission or lower respiratory complications, citing the poor design of the original studies. These are vital criteria for any pandemic treatment or prophylaxis.

Jefferson is suing Roche under the US False Claims Act, a law dating from the American Civil War, when unscrupulous contractors often sold debilitated donkeys or cartridges filled with sawdust to the US army. Roche’s actions were no different, he argues in his suit.2

Roche “originally produced Tamiflu to meet the demands of seasonal influenza, but was not satisfied with the revenue it produced,” he argues, and “embarked on a fraudulent campaign to convince the United States to add Tamiflu to its Strategic National Stockpile.”

Jefferson told The BMJ, “I’ve spent years working to uncover the truth about the efficacy and safety of Tamiflu. I myself believed what Roche said about Tamiflu’s efficacy early on. But ultimately, as alleged in the complaint, I believe Roche misrepresented that Tamiflu could stop the spread of an influenza pandemic—when the Roche generated evidence doesn’t show the drug can even stop viral transmission, let alone prevent complications or deaths related to influenza.

“Tamiflu can cause significant adverse effects in patients. I brought this suit because I felt so many, including the US government, have been misled by what I allege in the complaint are false statements about Tamiflu’s efficacy for pandemic use.”

A Roche spokesman commented, “The United States Department of Justice (DOJ) filed notice in the district court that DOJ was declining to intervene and take over the litigation following its investigation of the allegations in the complaint. Roche fully cooperated with DOJ’s investigation. Roche has complete confidence in the safety and efficacy of Tamiflu. The company plans to vigorously defend itself against these allegations if Thomas Jefferson decides to pursue the litigation.”

The US government intervenes to take over as plaintiff in about a quarter of whistleblower lawsuits brought under the False Claims Act. But the whistleblower can still recover money for the government even when it does not intervene.

Jefferson’s attorney Clayton Halunen said, “The government’s decision to intervene or not intervene in any given False Claims Act case does not speak to the merits of the case. To insinuate otherwise misrepresents the state of the law. This lawsuit does not focus on the claimed safety or efficacy of Tamiflu when used in treatment of seasonal influenza. It alleges that Roche sold the United States a bill of goods on Tamiflu’s efficacy for use in an influenza pandemic. We fully expect Roche to vigorously defend itself—it has a billion dollar stockpile sale to protect. We are confident in the strength of our case and look forward to deposing Roche executives about the alleged scheme.”