Everyone who gets up every day and heads off to work deserves to work in an atmosphere free of sexual harassment. An employee should not have to suffer a hostile work environment for fear of losing their ability to provide financially for themselves and their families. Unfortunately some employers either knowingly allow or even actively foster …

END_OF_DOCUMENT_TOKEN_TO_BE_REPLACED 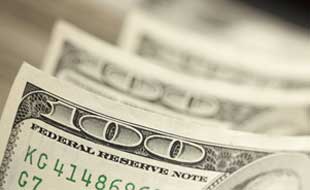 I think we’d all like to think that if we were put into a situation where we knew that something was wrong, that we’d speak up, but that’s not always the case, especially in a workplace environment. Many people would be afraid that if they did speak up, it could cost them their jobs. Recently, …

END_OF_DOCUMENT_TOKEN_TO_BE_REPLACED

When Minnesota workers apply for a job, they expect that the employer’s decision will be based on their objective aptitude for the position. Yet some employers still impermissibly hire employees according to their race, national origin or sex. This week, FedEx agreed to settle with the U.S. Department of Labor over allegations that the company …

END_OF_DOCUMENT_TOKEN_TO_BE_REPLACED

Results That Make a Difference